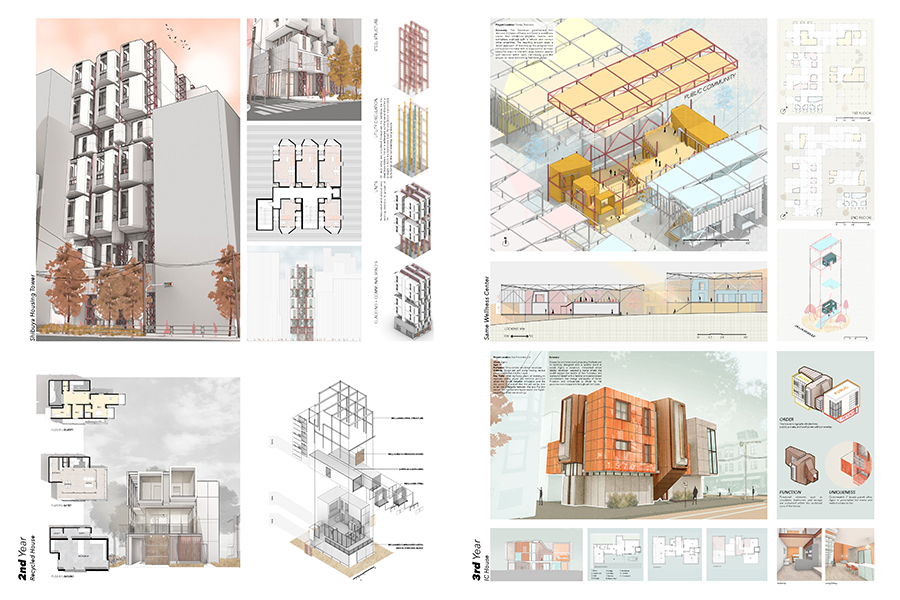 Much of my work remains consistent in its goal to create legible, highly functional architecture, often with an emphasis on structure. The Shibuya Housing Tower uses a visible structural skeleton to perform a number of tasks including supporting the prefabricated units, housing utilities, and anchoring the exterior elevator pods. The Recycled House uses a structural shell to suspend the third floor, creating an open second floor plan and the desired “floating” effect. The Same Wellness Center is set up on a consistent structural grid that allows for simple construction and effective shading, while promoting community interaction in the large shaded voids. The IC House displays its conceptual intentions and function not through its structure, but through its materiality and formal composition. Colorful, customizable panels convey the creativity of the client, while an angular, metallic mass separates the different functions of the house and doubles as circulation space.