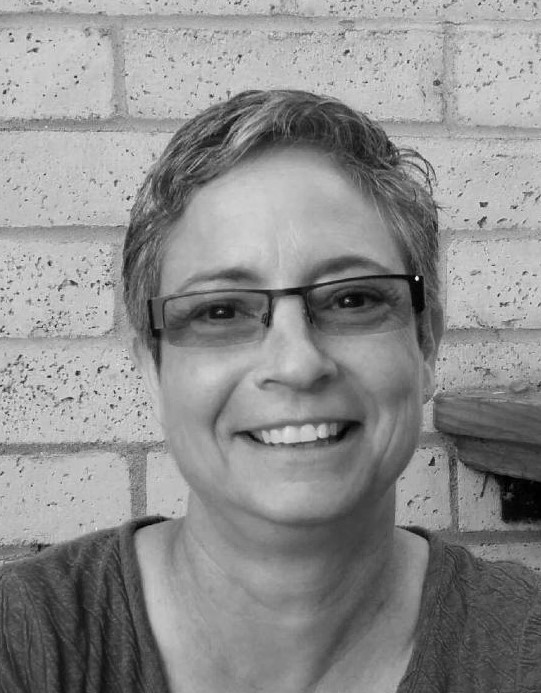 Margaret brings to Cal Poly, a very broad and extensive level of professional experience in architecture, and her own experimentation in various mediums of fine arts for more than 25 years. She has worked for notable architecture firms such as Perkins & Will and Booth/Hansen in Chicago, Arquitectonica in Miami, and more recently with Ed Mazria in Santa Fe New Mexico (prior to Architecture 2030). She received her professional BARCH and a BFA from RISD and after working for 6 years and becoming licensed in Chicago, IL, Margaret went on to receive her Master’s Degree in Architecture at the UVA so that she would be eligible for a role in academics.

Margaret has worked in 3 different climates, at various size firms, and on projects ranging in size from hundreds of thousands of square feet to an in-depth home renovation to mid-sized medical office buildings running many of those projects from beginning to end. She has experience in all different types of structures, construction types, and a variety of finishes and is very aware of what materials work where and why.

One of Margaret’s most formative professional experiences was her time at Perkins & Will in Chicago, IL. She spent the first 6 months working on the lower educational campus of schools in Perry, Ohio and specifically the Community Fitness Center at the center of the campus. It was a huge set of construction documents and she excelled in helping the project architects and senior technical architect in detailing the double withe masonry and exposed steel structure. Margaret quickly earned the title of Project Architect and was then asked to detail the exterior brick facades of the Scripts Memorial Hospital in San Diego. She then worked on the Byucksan residential/mixed use, high-rise building in Korea where she was given the task of developing all the floor plans for the project from the residential upper levels to the lower level parking. She was tasked with designing and coordinating the project’s building core with the structural engineer and MEP engineers as well as designing the layouts for the residential units. Margaret was also asked to be in charge of all the AutoCAD drawings and files for the Seoul, Korea International Airport Competition in 1991. This experience gave her a larger view of what it means to be a part of larger team and still take the initiative to learn and grow within that larger system.

Later after getting her Master’s Degree at UVA Margaret relocated to the city of Miami Beach. Margaret was hired by the renowned design firm of Miami at the time, Arquitectonica, as a Project Architect and worked on a number of different projects. She was responsible for the CAD documents for an international competition for a large intermodal project in Asia as well the design and production of a set of three Residential Towers in Korea. Later, at a different firm in Miami, as both a lead designer and Project Architect she ran a 10 story dormitory housing project at FIU for the firm of Harper Partners. During construction because of her experience, an understanding of the design, clear ability to stay organized and follow through on the complexity of the project she was re-located to the construction site to run the construction coordination as the architect and Client representative working with the CM-Turner Construction.

Margaret later moved to Albuquerque, New Mexico to be closer to family where she lived for 15 years. She began as a Project Architect at Dekker/Perich/Sabatini and was responsible for a number of different project designs throughout her tenure at the firm. The most notable project at DPS was a design for the Century High School, a school for high risk students, now part of the Los Lunas Valencia High School. The design was an innovative architectural way of reducing interior circulation between school programs and embracing the mild weather of New Mexico. After DPS, for a period of 9 months Margaret worked as a Project Architect for Ed Mazria of ARCHITECTURE 2030, at his firm in Santa Fe on a new energy efficient elementary school for the Albuquerque Public Schools. She was instrumentals in making sure the entire set of working drawings was well organized and all aspects of the design clearly documented for the Construction document set. She considers that short period of her professional experience as a second master’s degree where she was thoroughly educated in the concepts and application of passive Solar heating and cooling strategies for a dessert climate, as well as all the latest sustainable mechanical, electrical and plumbing technologies being discussed by the profession in 2004. She later took a job at the firm of Hartman + Majewski Design Group, in Albuquerque NM. With little or no experience in the complexity of hospitals and medical work was tasked with the challenge of designing a 70,000sf hospital for Coal Miners Medical Center in Raton, NM. One of a very few full service Hospitals in the area of Northern New Mexico. She would continue to design and manage 3 more midsize medical office buildings over a period of 2.5 years. All three of which won local Awards.

Margaret’s current design process will hopefully lead to work that can be applied both to her fine art works as well as integrating it into process of architectural design. This direction focuses on a process of collection of patterns and structures in the natural world through digital photography and collecting found objects in the various places visited over the years. Then using those found images and objects to develop 3 Dimension panels using 3D software and digital fabrication. When possible Margaret uses this or similar processes in her design studios. This process helps students to actually see more clearly the environment around them and how natural or other forces might modify a seemingly perfect system, making it imperfect. Most important is that this process allows that specific moment of beauty is captured in time. Specifically, Margaret is looking at the uniqueness of each pattern or object so that the beauty created is not lost in the abstracted translations in her work. Her current focus is to create mini prefabricated wall panels that could ultimately be redesigned to transform a simple building façade into a work of art. As an architect Margaret strives to create an architecture that has a symbiotic relationship to its environment. Using the current technologies and materials available Margaret would like to develop both affordable and sustainable design strategies for architecture, fine art pieces, and products.