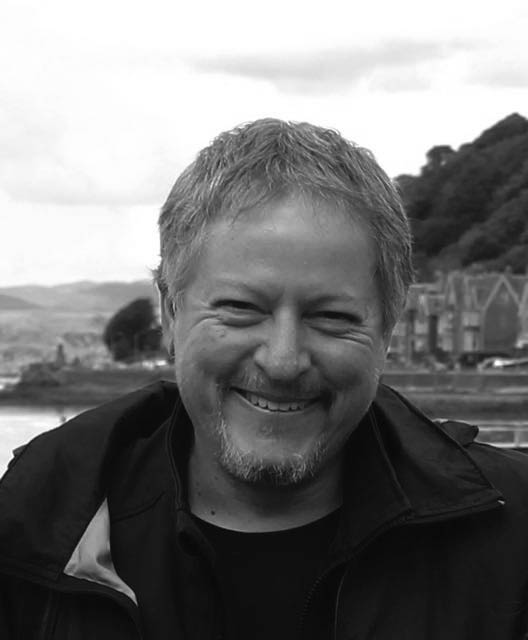 Born outside Pittsburgh, he recalls summers with his Grandparents on their tree farm amid Amish and Mennonite neighbors on the western side of the Appalachians. As a steelworker at Pittsburgh’s Homestead Works during several collegiate summers, he added a love for the industrial vernacular. He obtained his Bachelor of Architecture degree at Cincinnati.

Initially his professional career focused on practice with firms in the Ohio River Valley and Chesapeake Bay regions, establishing a portfolio of sensitive modern urban interventions in the Riverfront Historic District of Covington, Kentucky, Mt Adams Historic District in Cincinnati, Fell’s Point, Canton, Federal Hill, and Mt. Vernon Historic Districts in Baltimore, and the Patapsco River mill village of Oella, Maryland. From the mid 1980’s he specialized in K-12 and University projects across the mid-Atlantic. Built work where he acted as designer earned awards from Cincinnati, Central Pennsylvania, and Baltimore Chapters of the American Institute of Architects, and received publication in Progressive Architecture and Better Homes and Gardens magazines. He retains professional registration in Maryland, and acts as a consultant for regional non-profit and community groups.

Following his Master of Architecture degree at Morgan State in Baltimore, his career has focused on teaching. He has taught at Cal Poly since 1997. His classes have included Thesis Design Lab and Research Seminar [1998-2010], Universal Design/Architecture and the Body, and Native American Architecture and Place, which is cross-listed with the Ethnic Studies Department. He received the Cal Poly Distinguished Teacher Award in 2008, the first professor from the College of Architecture and Environmental Design to be so honored in almost twenty years. In 2009 he was asked to restructure the Beginning Design sequence that he coordinated 2009-13.

He served as CAED Associate Dean for Academic Affairs 2014-2017, and twice as Associate Department Head. As Faculty Emeritus, he will continue on campus through 2022, teaching EDES 123, ARCH/ES 326 Native American Architecture and Place, and Second Year Design.

In Fall 2021, Michael will be Fulbright Teaching and Research Scholar at University of Prešov in the Slovak Republic. He will be teaching in the Institute for Aesthetics and Arts Culture, with courses on Embodiment, Aesthetics and the Build Environment for philosophy students, and a Survey of American Aesthetics and the Built Environment for American Studies students. He will be researching on the wooden churches in the villages of the local Carpathian Mountains, which have survived wars and social change for 300 years.

He resides in the coastal town of Morro Bay, where in 2021 he concludes a position of Planning Commissioner for 12 of the last 16 years.

Michael’s research is in the area of human development and spatial concept formation, place, and identity, specifically looking at the junction of individual tacit, phenomenological, and intuitive knowing with cultural conventions and disclosure of architectural and environmental attitudes. His studies focused initially on Pacific Northwest and Puebloan Native American, and 20th century American vernacular situations. These interests have developed into the areas of eco-phenomenology, and environmental ethics, and expanded to settings as diverse as Finland, Turkey, the UK and Central Europe, as well as application in his pedagogy.